How will the Metaverse change our lives?

How will the Metaverse change our lives?

What exactly is the metaverse?

Facebook’s big push into VR with the launch of its Oculus Rift headset has sparked a wave of metaverse speculation. Mark Zuckerberg himself has said that virtual reality is the next major platform after mobile, and there are rumors that he wants to create ‘Facebook Island.’

This article will try to shed some light on what the metaverse could look like, what it would take to build it, how it might change our lives, why Facebook is interested in it – and what you should do about it. But first-

What is the metaverse?

The metaverse concept doesn’t refer to any specific type of technology but rather a change of perception on how we interact with technology itself.

According to the main idea, the metaverse is a digital universe where you may be yourself or a better version.

It’s a hypothesized concept that combines elements of various technologies like social media, virtual reality, augmented reality, online gaming, and of course, cryptocurrencies at their best.

When Neal Stephenson first introduced the metaverse in his novel “Snow Crash” in 1992, it was nothing like today’s metaverses. No Second Life, no Zwift, and no VR devices provided a genuinely immersive experience.

The metaverse of the early 2000s was more like a chat room or forum where users could interact with each other using avatars. Graphics were basic, and there was very little realism to be found.

Now, metaverses are being developed with VR devices in mind to have a more immersive experience. Graphics are becoming more realistic and advanced, allowing the manipulation of objects in real-time.

According to its creators, Linden Lab, Second Life is not a game like other proto-metaverse experiences such as Fortnite or Roblox. There are no goals or objectives, and users create a digital avatar to represent them.

They are free to explore the world, meet other users, produce their digital content, and immerse themselves in a world that doesn’t exist instead of experiencing the real world.

People use metaverses to go on adventures they couldn’t before or can’t yet.

The metaverse is a preview of what the future holds and how life might improve, not only in communication but in wealth, commerce, productivity, and entertainment.

The promise of our digital and physical lives colliding.

In times like these, where physical communication and contact are restricted, we lean on the idea of building a better world.

The metaverse has been introduced into our lives slowly with no headset needed, for example, the Uber app, Netflix, or any app that reflects the surroundings you are in or tells you about your preferences. The metaverse is also changing how people relate to each other.

People can experience anything that metaverses allow them to do (which, according to the plan, might be a lot!), such as sporting events, concerts, and so much more.

It’s critical to keep this context in mind because while it’s tempting to compare the early internet development with where we are now, we can’t assume everything will get better and better or that the progress will be linear. There are no guarantees.

Right now, we are on the first page, in the exciting stage where all we do is read the ideas and picture them in our minds. For example, a 22-year-old journalist of the online magazine Fortune dived into Decentraland and showed what it is like to be a metaverse citizen. Her biggest problem was figuring out how to sit (spoiler alert: she couldn´t).

Metaverses could also play a massive role in the future of education. At the moment, metaverses help teach children about things in real life that are too dangerous or expensive for them to experience, such as flying a plane. It allows children to learn something in much more detail than just learning from books and seeing things on a screen. 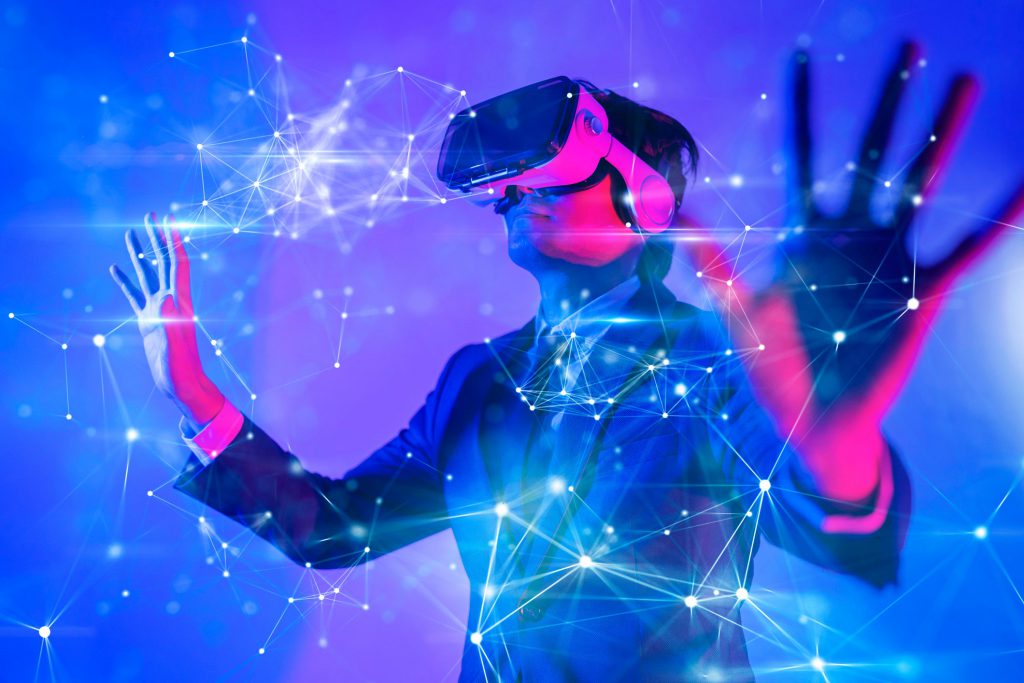 The good and the dangerous

Millions of people spend hours of their lives in virtual spaces like Roblox or Fortnite. And as more people begin to place their bets on a future embedded in the metaverse, businesses start working and thinking about the new experiences in this digital space and how to profit from it or how to involve themselves in it.

Some platforms started their metaverse process, having virtual avatars, allowing them to do different things, and even creating a personalized character that you can take everywhere (created so far).

And with this, you can access different places, objects or continue to add elements that will construct your personality as you want to emote it in this digital world.

The future metaverse expects to create a digital economy where users can produce, buy, and sell.

Its promoters (like Zuckerberg) believe they can find a balance to create a secure virtual experience, which is one of the most dubious things the metaverse has.

We will talk about two of the most concerning and appealing subjects of the metaverse: Digital ownership and Security awareness.

Ownership and belonging are two feelings that humans desire the most to discover, and technology allows people to find them in various ways with every passing day. With the digital world expanding at breakneck speed, your new best friend or community can be a chat away.

That sounds like what our parents used to say we shouldn’t do, we know, but time has changed, with it both the perspective of the internet and the cynical view about it too.

For example, Gen Z has become a bigger and bigger contributor to the economy, and the internet is their space. There is no news that they are the first to impulse the metaverse idea and will likely adopt it quickly and early as it develops.

As social media first revolutionized the world, we witnessed a complete transformation and redefinition of the term “community.” Now, we don’t associate physical proximity and location with social gatherings, and we see company cultures flourish remotely. The word community acquires another layer, more immaterial than ever, with chatrooms and video calls.

For example, Second Life has over one million registered users who interact in an online world that is three-dimensional and interactive, which is an example of what metaverses may look like in the future.

Second life is a virtual world that Linden Lab created in 2003, and it is one of the oldest and most popular virtual worlds currently in use. Second life allows users to create an avatar, which they can use to interact with other users in the world.

You can customize your avatar in many ways, including its appearance, clothing, and accessories. The user controls their avatar’s actions within the game, and they can also use items they have purchased with real money in Second Life’s currency.

The metaverse refers to a virtual, alternate reality that users can access with special devices such as headsets. This metaverse would contain different worlds created by players, not game designers or game companies, and interactions between avatars would take place in these worlds.

The metaverse would be able to interact with our world. For example, when you go into Second Life, you take over an avatar and communicate with other people. These interactions happen through voice and keyboard conversations, but they could also take place through a combination of audio, video, and virtual reality.

VR headsets can be put on over the eyes to create an artificial environment that the user can explore while using a joystick or hand controls for movement within a 3-D world. Some users can create their metaverse worlds to share with other players, and they can also use the metaverse for socializing or doing business.

As metaverse-based lives become more important, the data we create in virtual worlds becomes vulnerable to digital danger. People need to have clear rights on metaverses about their data and its use.

If the metaverse users don’t like how companies use their information, they should switch metaverses or change their identities.

With the potential for international criminal networks and terrorists, security measures need to be in place to protect users from these threats.

You can do a few things to help keep your digital information safe:

These can all help protect you from viruses and identity theft threats. They are the security basics that everyone should know about, but more importantly, when diving into the digital life of metaverses.

If the users don’t like how companies use their information, they should switch metaverses, flag the problem, and change their digital identities.

There are still many issues, but the legal framework around metaverses and data protection is pretty sound. Yet, users have to be clear about their rights in the metaverse-based life and how their information and data moves within the metaverse companies they are trusting.

The metaverse is essential to merging virtual, augmented, and physical reality, which tries to blur the line between your online and real-life interactions. The expectation is to host hundreds of people in a single server model with motion-tracking tools, just like Facebook is pitching with Meta.

“Our company builds technology around people and their relationships because nothing beats being together. The metaverse is the next evolution of social technology“- wrote the Meta team on their Medium blog page about the creation of their newest inversion.

While their announcement didn’t include instantaneous changes to the Facebook we know, the current state of technology isn’t prepared for a whole metaverse experience to become a part of everyone’s daily life. But with Facebook’s foot on the gas, the industries are paying attention and re-prioritizing development towards AI and VR.

Some people might think Facebook is inventing the metaverse because they heard it for the first time thanks to it. Still, as we mentioned before, this notion has been building for some time now. Facebook’s interest has made it more appealing for investors, creators, and the new technology-born generations. Its $10 billion plan became fuel for innovation and curiosity.

The objective of the metaverse is for people to interact with each other. There can be shopping, learning, gaming, and the possibility to do different activities in different places that physically aren’t possible to be or don’t exist outside.

Many platforms are now taking part in the newest Metaverse wave because the metaverse is not new but has blown up since Mark Zuckerberg’s announcement.

We can experience it through Sandbox, Mirandus, and Decentraland, to name a few. These communities have existed since the mid-1980s and grew in the 1990s with chatrooms, instant messenger, and the first social media sites like MySpace. They have been advancing while time passes but always keeping their objective of being safe spaces for people to interact.

For example, World of Warcraft became one of the first metaverse spaces where millions in the early 2000s got together and joined with a purpose, the love of the game. Meanwhile, they socialize, which starts to bring life to these communities. Fortnite, for instance, is the clear evolution of this.

So don’t be afraid to try it, find the one that might be more appealing or interesting for you and give it a chance to either find your community, try a new commerce way or just play a game, is assured that this is just the beginning. 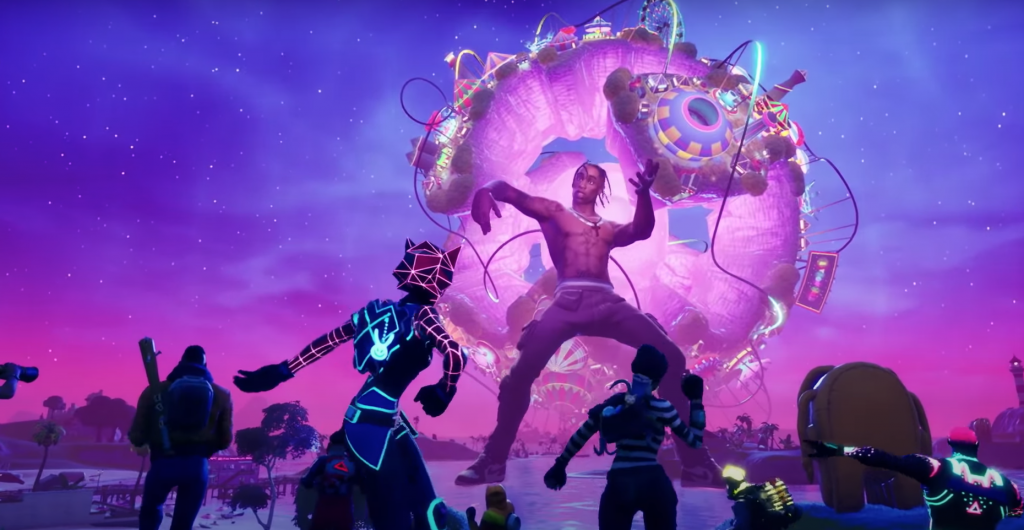 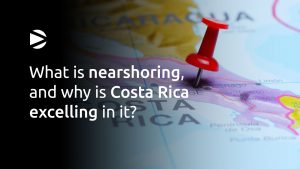 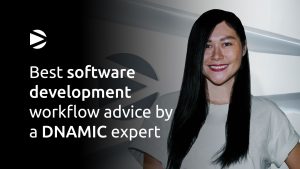 Methods and tools to boost Productivity and reduce stress