What you should know about React 18 updates

What you should know about React 18 updates

What is React 18, and what are its new features

React is a JavaScript library for building user interfaces. It was created by Facebook a few years back and is now used by companies worldwide. React 18 is the latest version of React, and it includes some exciting new features.

React 18 includes a new error handling system that will help you debug your application. This system is called React Error Boundaries. Another change in React 18 is that the way context is handled has been modified. Context allows you to pass data down the component tree without props, and this change will make it easier to use context in your applications.

React 18 is also compatible with older versions of React, so you can start using it in your projects right away. If you’re not already using React, now is a great time to start!

There is a lot about this need-to-know update you need to check, but we will mention a few and what this means for the development community. Let’s start from the root, literally.

The root API modifications enable us to remove the hydrate option and replace it with one on the root. It also modifies how the render callbacks work.

As it’s called, the root is a pointer to the highest-level data structure used by React to track a tree render.

In the legacy root API -ReactDOM.render-the root is hidden from the users as they attached it to the DOM element and accessed it using the DOM node without exposing it to the users.

The old Root API had difficulties running updates, such as feeding the render even if nothing changes. The new root API allows the new concurrent renderer to opt into features.

Batching is a concept of grouping numerous state updates into a single render state to execute a better computational performance.

React batch updates were only for React event handlers in the past. Updates for any other events, such as asynchronous state changes, promises updates, set timeouts, and Native event handlers, were not batched in React by default in the last version.

The issue is resolved by adding automatic batching in React 18 using Root API; now, all updates are automatically batched regardless of their source.

You can also opt out of batching using ReactDOM. flushSync(), if it needs to read something immediately from the DOM once the state changes.

One of the most notable updates of React 18 is the introduction of the Start transition API, which keeps the app responsive even during the extensive screen updates.

The API permits controlling the concurrency aspect to improve user interaction by wrapping the updates as “Start Transition” and will be interrupted only if more urgent updates are initiated.

If other actions cut the transition, React will pop out the stale rendering work that hasn’t been finished and render the latest update only.

Thanks to this update, the architectural improvements added to the React server-side rendering are significant!

React does not allow components to wait for data, which means that before rendering HTML to the client, the developer must have data ready for the components on the server. Developers will also need to load JavaScript for all components on the client before hydrating any of them to make them interactive.

Act warnings are now opt-in in tests, introducing an opt-in mechanism, so that is a decision to enable them only for unit tests where they are valuable and beneficial.

If you want to know more about what React has gone through thanks to this update and how it can help you develop easier, definitely take a look at the official release to learn about all the changes and new features.

How will React 18 make development easier?

More businesses have been embracing SPAs for their websites, making the technology industry rise by around 23% over the next few years.

Worldwide, companies such as Facebook, Instagram, and Airbnb use React JS for their websites because of its reusable components and how it allows developers to work with the best web development practices.

React has been known and loved for its instrumental growing single-page web applications (SPAs) and how it allows developers to build apps with a modern, sharp interface and clean programming. SPAs also enable users to consume information quickly without continuously loading new pages, ensuring a smooth user experience.

Virtual DOM improves the website’s performance by reducing the updates of changes on the real DOM, and React Native has already become one of the most popular platforms for creating cross-platform apps. Their contribution, the efficient updating of the rendered HTML5 document, and additional updates only make React more notable after 2022.

React Native is the community’s usual preferred choice for creating the best mobile applications with its benefits for both users and developers alike.

And why wouldn’t it be? It allows building apps that can run without much effort on a cross-platform, doing the ultimate goal-saving money and time.

With that in mind, React’s popularity is very likely to continue to grow as more people embrace its advantages, such as integration with other technologies and now the 18 updates!

How to get started

React 18 does not change the way React writes code; hence, there is no need to re-learn everything.

Making the upgrade from

Go to the root entry file (typically index.js) and change the react-dom import from

Replace the ReactDOM.render() method in that same file.

should be changed to:

Are you using React?

You should! React 18 includes out-of-the-box improvements and new features that look impactful.

The few changes under the hood promise better performance and hint at exciting upcoming features like React Suspense and React Server Components. Other notable changes include the ability to return multiple elements from a component without using an array wrapper, support for custom DOM attributes, and improved server-side rendering.

Whether you’re just starting out with React or a seasoned developer, React 18 is worth checking out.

If you like to be up to date with the latest in tech and business, check out our blog!

And if you are a developer and looking to do great things and an innovative community, go to our various open positions and join us! 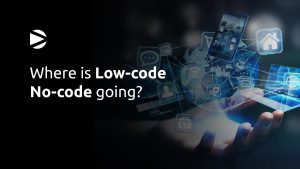 Where is Low-code No-code going? 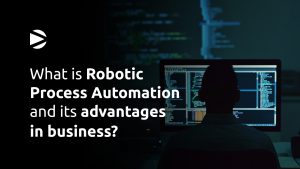 What is Robotic process automation and its advantages in business?

The 10 questions to ask a software firm before hiring