The Azure vs. AWS vs. Google Cloud comparison made for your business

The Azure vs. AWS vs. Google Cloud comparison made for your business

Do you ever ask yourself if you need a Cloud computing solution for your company? Well, the answer to that question will always be yes. But you do have to ask yourself which one to choose?

The constant evolution of the technology industry made the Cloud essential; what we are asking ourselves now is which platform can pair better with your business.

The competition for leadership is a tough race between three authorities: Amazon Web Services (AWS) vs. Microsoft Azure vs. Google Cloud Platform (GCP). These top cloud companies hold a strong lead in this service, and we will see why and which can work better for you. Who wins?

The adoption of cloud computing has quickly become critical for businesses today to innovate, boost agility, assure privacy and security of data, and cut costs.

AWS vs Azure vs Google Cloud services comparison can be a tricky one to make because there are similar things that engineers love and look for in all three of them, like flexibility, networking, self-service, autoscaling, and immediate provisioning.

And they all have pros that will help your business keep your data safe and achieve its goals. But when a company has particular objectives or ways of working, one of them can indeed be the glass slipper.

AWS and its advantages

According to a Synergy Research Group report, “Amazon growth continued to mirror overall market growth closely, so it maintained its 33% share of the worldwide [cloud] market.”

Amazon Web Services or AWS is a supplementary branch of amazon.com, which gives an on-demand Cloud Computing platform to companies, individual people, and even governments on paid-subscription options. It has established an extensive user base that trusts and relies on its factors.

There are over 50 services available for enterprises and start-ups alike, such as networking, management, storage, and many others. These help the companies deploy without needing much capital.

High adaptability is what this cloud service is all about. As the AWS services can be flexible, customers worry about their computing usage, which can be very high or low. AWS can scale for what the company requires.

AWS has an outstanding characteristic of high-class security that usually calls the attention and weights on the decision to its advantage. When we compare it to a self-hosted company website, data is continuously monitored and has a vigilant team watching over it.

Amazon Web Services is the most used and the oldest in the cloud market. It is geographically diversified into regions to ensure system fortitude.

We need to talk about the Amazon Cluster, or better known as the Amazon compute. AWS has Elastic cloud compute (EC2), Elastic load balancing (ELB), and AWS Lambda as its computing services. AWS ELB orders the applications extensively throughout the EC2 instances for less human intervention and weakness tolerance. The ELB is accessible in 15GB of data processing and 750 monthly service hours per year.

The pricing depends on usage, and the system developers use EC2 to get hold of the compute instances in the cloud.

Azure is a strong choice

Microsoft Azure is a current selection among C-level executives as the go-to for big enterprises. The combination of Azure, Office 365, and Teams makes companies feel safe because they usually look to secure software and cloud computing resources on a single deal.

Azure is excellent for productivity and flexibility cloud computing resources for their developers. It allows your IT team to focus on a platform that makes it simple to deploy your current apps with no downtime.

It’s easy to learn, which reduces the time curve and empowers teams to master the platform quickly to start development work. Another plus is that the platform has a footprint with Google and Amazon, which provides faster content delivery while making a fantastic user experience.

Azure is scalable and will grow with your company.

Microsoft understands the importance of security and has taken the time to design Azure to protect your data as a priority. Both the platform and end-users are going to be protected.

Google Cloud Platform or GCP is a Cloud Computing service that runs on Google’s same infrastructure. Internally works as its end-user products like the Google Search engine or YouTube.

Initially, Google Cloud’s purpose was to increase Google’s internal output like its engine or YouTube itself. Still, they have launched their enterprise services to anyone who uses the Google Cloud Platform.

Google Cloud Platform started in 2011, and in just a few years, it has managed to build a reputation inside the cloud industry among AWS and Azure as a strong contender.

It stands out from the others for its expertise in open source technologies, which are quickly becoming industry-essential. Google has an AI platform that improves machine learning engineers organize and deploy models based on its open-source and deep learning library.

Google Cloud delivers VM’s in its data centers that are quick to boot, with substantial disk storage, assure steady performance, and customizable according to the project or business needs.

As a result of its constant growth and upgrading, several high-end companies have chosen Google Cloud, such as HSBC, PayPal, Bloomberg, 20th Century Fox, Dominos, and more.

Which one to choose?

Cost-wise? Amazon AWS vs Google Cloud vs Azure pricing can be a difficult choice to make because they have similar offers.

Google Cloud has the highest pricing in compute-optimized situations due to its scalable base and all-core performance.

They all offer free introductions allowing customers to try their services before committing to it and buying. It provides credits to attract innovative start-ups onto their platforms and “always free” tiers with strict usage limits.

Microsoft Azure vs Amazon AWS vs Google cloud according to a developers’ eye?

Microsoft has been the go-to for hybrid deployments with its strongly-established Azure Stack. It provides hardware and software expected to deploy Azure public cloud services from a local data center and shared portal, code, and APIs.

Google then made its push with the Anthos release in 2011, which effectively rebranded the Google Cloud Services platform and brought together the existing Google Kubernetes Engine (GKE), GKE On-Prem, and finally, the Anthos Configuration Management console.

AWS has increasingly added large enterprise deals. Such as big fishes like the US Central Intelligence Agency, Netflix, Airbnb, Nike, Nisa Retail, and Pfizer, to name a few.

AWS has been a successful initiative for traditional businesses to move to the cloud, earning them their sharp reputation in the industry. It is continuously growing on infrastructure, tools, and services.

Microsoft has fewer high-profile Azure users, but it’s a loyal list and a growing one too. They have strong deals with Ford, NBC News, Easyjet, and Pearson.

Microsoft Azure will be an effective and strong choice just like its competition.

Azure is always the right choice for companies that have already invested in Microsoft in technology and developer skills, which already works great with it, and prefer not to go through data migration.

On the other hand, new but competitive, Google completed an all-in migration to GCP in 2018 with music streaming giant Spotify. This gave it a shiner spot on the market, making it appealing to great companies such as banks and other streaming services.

It will all depend on what you feel more comfortable with, where you need to access your data and how you plan to achieve your business goals.

Where to try it or find a budget for your business?

Where to learn to use them?

As a technology business at DNAMIC, we stay updated with the latest Cloud computing trends and developments, adapting the better solutions for your business.

Together we can create the digital transformation your company needs to reach its biggest potential and most significant goals. Contact us today and start to build the best for your future. 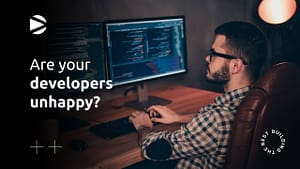 Are your developers unhappy?   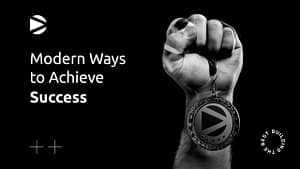 Who can benefit the most from Figma?

Look at how we're improving the digital transformation of other businesses with our IT Consulting expertise by reviewing our case studies.

We advise on how to reach digital transformation goals through efficient, innovative, and cost-effective nearshoring solutions.